By appointment, from Tuesday to Friday, preferably during the opening hours
(from 11.00 to 18:00).

Reservation necessary, at least one week before the visit.
Free.

With the support of

Would you like to approach contemporary art with your students? Guided tours led by art educators are addressed to students from 12 years old, accompanied by their teacher. This tour can be prepared beforehand with the teachers and adapted to the age and expertise of each class.

Conceived as both pedagogical and artistic tools, the workshop modules developed by the mediation team are structured around four major themes: image, narrative, body and space.

Each exhibition hosted by the Center will be an opportunity to explore these concepts, using the works presented and the artists’ work as a reference, so that the students (in groups or individually) can create an artistic proposal: a story, a stop-motion film, a set design, a costume or a temporary exhibition.

These workshops are free upon reservation (at least one week in advance) via the email address publics@centre.ch or by phone at 022 329 18 42.

The workshops last between two and four hours depending on the possibilities of the class group and are available from Monday to Friday between 8:00 and 18:00. 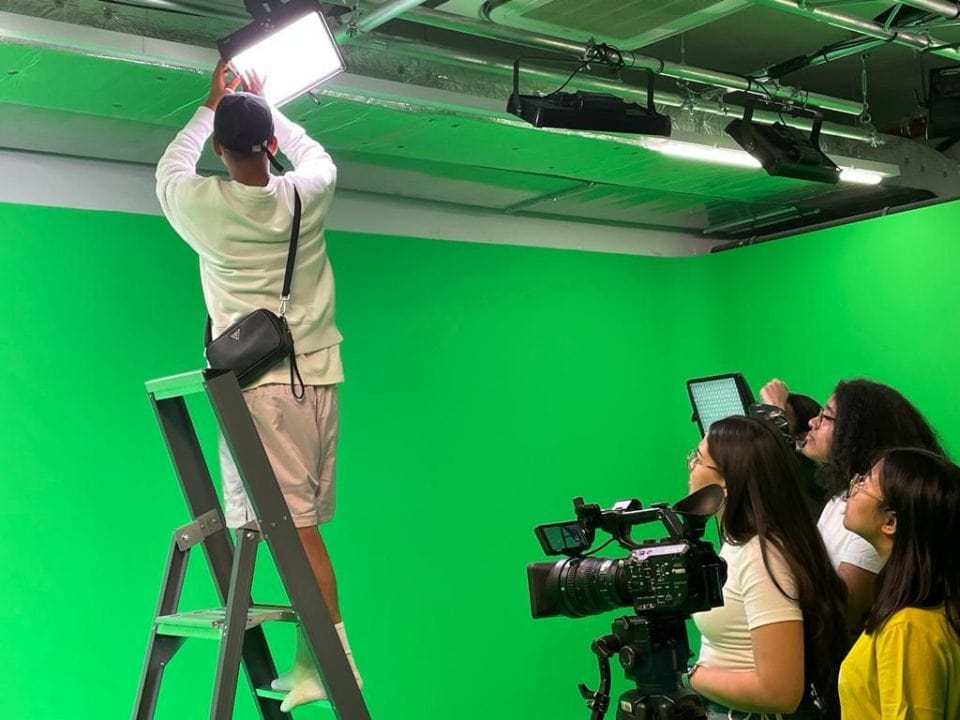 Students are invited to take part in the various stages of video production, whether it be through the use of stop-motion or digital video capture.
The workshop allows students to film, to be filmed, to speak about contemporary art by describing works or justifying the choice of their presence in the exhibition, but also to edit the captured images and to put them in motion according to the rendering chosen in advance (documentary, critique, formal reflection, audio guide for visits, etc.) 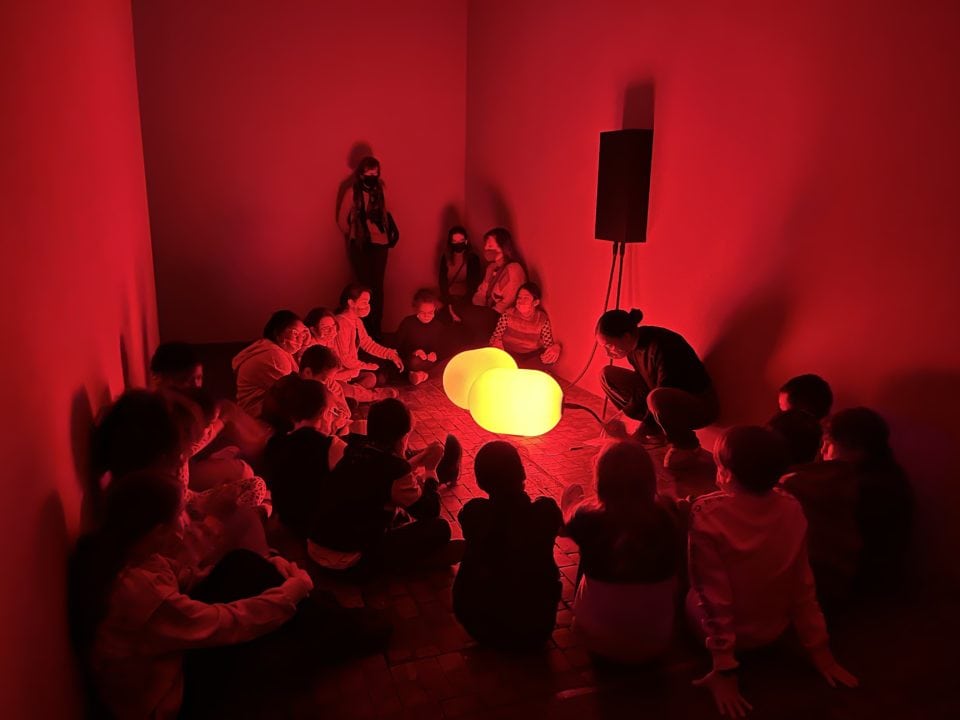 A workshop designed to dig into one’s imagination and build stories together that will be played and recorded in a §group. The opportunity will be given to decide on the direction and conclusion of an incomplete story, a story in the making, transmitted to the children. The goal is to create a common story, to share the art of storytelling and to allow the children to dream, imagine, laugh, wonder, invent, play, feel, and explore a part of the imagination and creation of the fantastic. 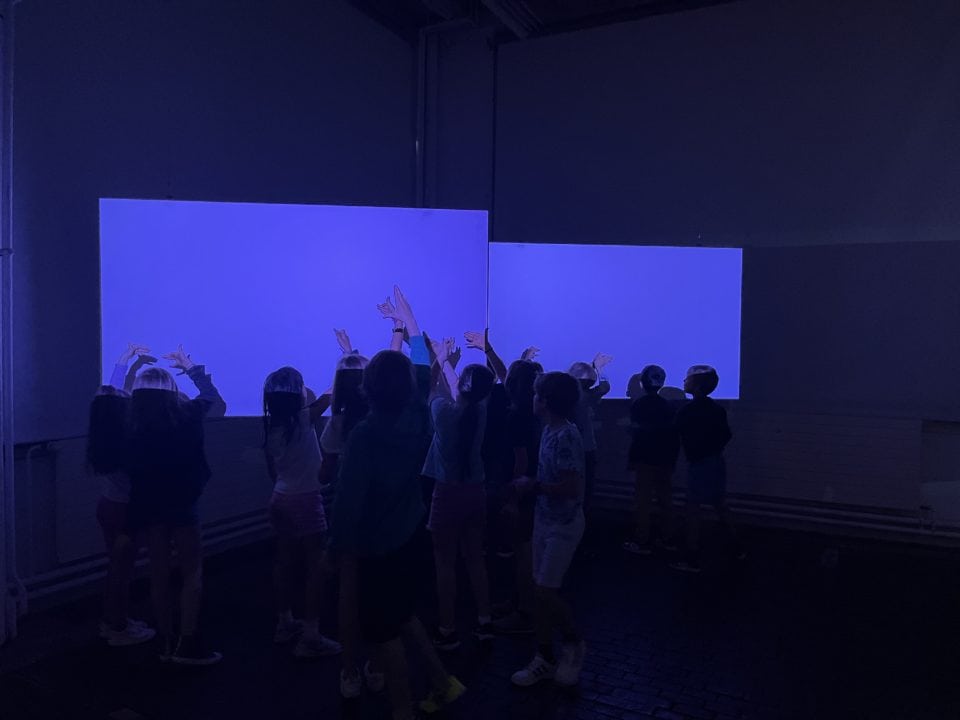 Based on the interaction of bodies and silhouettes, this workshop proposes to stage an emotion or an important moment through the use of shadows, props, costumes and a rough set created by the students. Following this, the group can film or take pictures of the scene. By working on the silhouette and its symbolism – very present in the field of art as well as in a plethora of cultural and literary references (The Little Prince, Peter Pan) or in visual practices (shadows, light/dark) – students will be introduced to the notions of the body, performance and scenography. 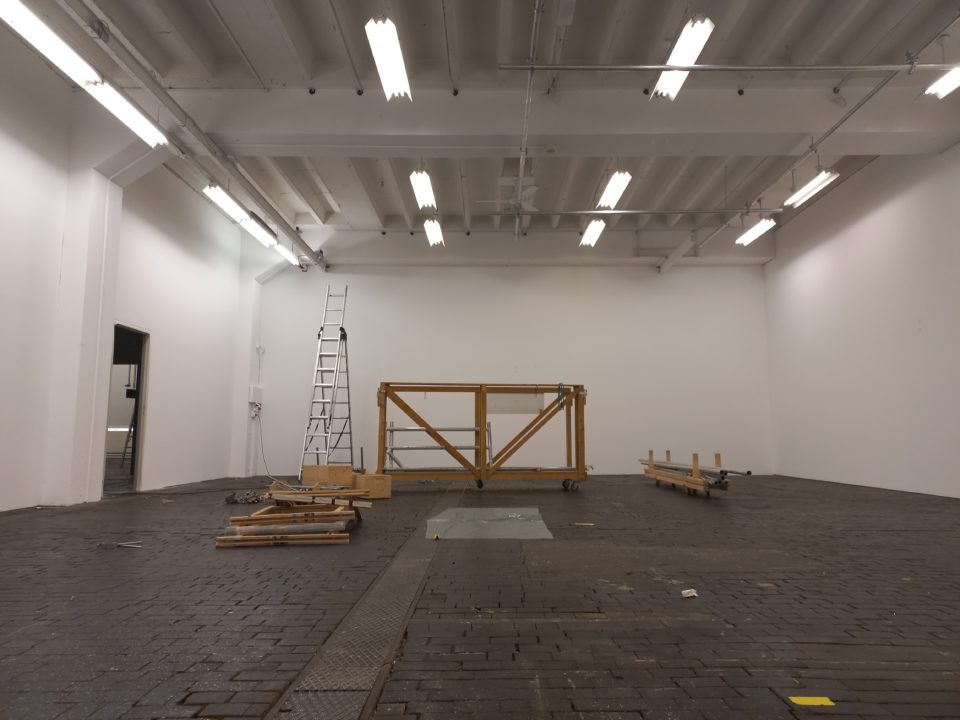 Between the dismantling of one exhibition and the installation of another, an interstitial space remains. The mediation team proposes a series of workshops in the absence of the works in order to make the backstage visible. This workshop opens the doors of an exhibition on all levels (preparation, production, hanging), and thus allows students to discover the workings of an institution as well as the various art professions.
Note: This module includes two parts, A side and B side, it is possible to register consecutively for both workshops or to participate in only one.

A SIDE, A for posters

Participants are invited to invest the space to design posters for an imaginary exhibition, exploring the theme of emptiness in a poetic approach, addressing the issues of the invisible and the invisibility, the vain and the unoccupied. Through the exploration of graphic techniques and silk-screen printing, the aim is to produce posters that will then be the subject of an ephemeral hanging at the Center.

B side, S for scenography

Participants are invited to re-appropriate the exhibition space and produce a collective scenography. The workshop encourages participants to imagine a path drawn in the empty space, referring to an itinerary, a route, a walk that encourages a reflection on the materiality of an exhibition and the vocation of the space, with plans to support it. Posters produced during the workshop will be exhibited.

With the support of

Visit the 5th floor The virtual exhibition space of the Centre
✕

Visit the 5th floor
The virtual exhibition space of the Centre

Visit the 5th floor
The virtual exhibition space of the Centre